Unfettered Journey is now available around the world. 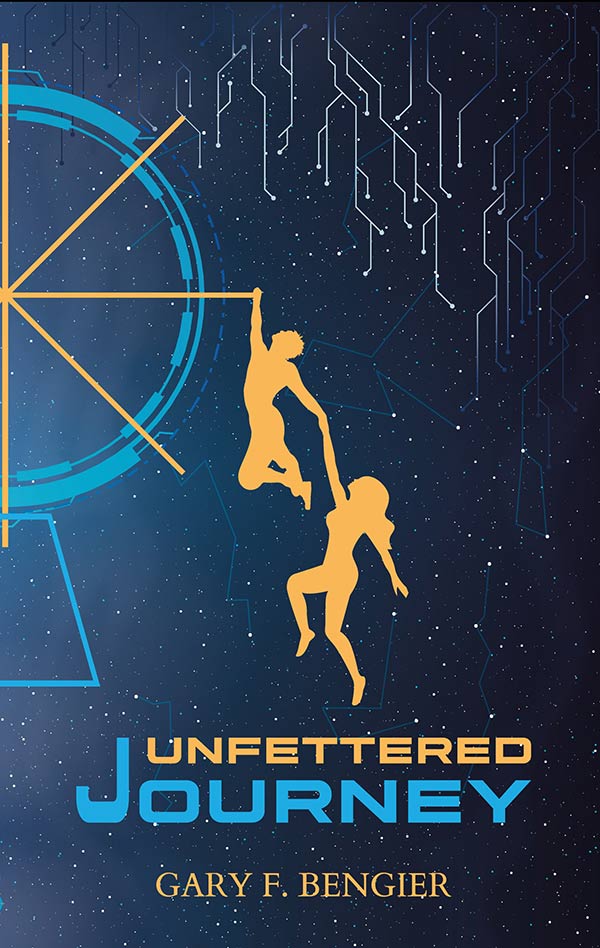 Set in a richly envisioned future world, Unfettered Journey is the story of an AI scientist who seeks to create robot consciousness and discovers the resilience of the human spirit. He travels to a small college to progress his quest, but instead finds love, a secret plot by unjust forces, and the answers to his fundamental questions—the nature of the conscious mind and free will.

This book is a profound, many-layered journey. It is a love story and an adventure. It traces struggle and resilience in an imperfect world. It is a deep philosophical exploration, resetting the conversation at the intersection of science and religion, challenging you to begin your own journey to a purposeful life.

Learn More About The Book

A passage from Unfettered Journey:

“My management of WISE Orbital Base is one of many space projects. We have a dozen manned moon bases, three bases on Mars, and one on Phobos. Not to mention astronomy programs, such as the radio observatory on the far side of the moon; the mining operations on the moon, and the xenon mining on Mars, with bots collecting minerals; and the metals mining operations on the two NEO asteroid bases. Many of those projects are supporting the WISE effort. It’s incorrect to ascribe too much to any one person.”

“I’m not even a planeteer yet,” she said. “I haven’t spent a decade off-world, like more than a thousand other people have. It’s an enormous commitment to live your life that way, and there’s a price to pay. They accept the health risks of space and adjust to low or no gravity with exercise commitments. They leave behind all the people they know for long periods.” Dina looked in the direction of the moon. “They are akin to the adventurers who opened the American West, for good and ill. Those were not only famous names like Lewis and Clark, Fremont and Carson. They were also the pioneers in little houses on the prairie. Our current-day space explorers make the same sacrifices.”

What is YOUR vision of the near future?